The hook, or my preferred term “premise,” is what “hooks” your audience. It’s also what hooks your investors, your producers, your significant other if you’re looking for a movie to watch, and what’s going to drive your script. If you’ve got a good premise, you’ve got a marketable idea. If not, well, keep writing. Below are some things to keep in mind when you’re working on a premise.

When you say your premise, people should immediately think of the possibilities. If you’re writing a comedy, the potential for humor should be obvious. (Two men join an all-girl band to avoid the mob.) Thrillers should sound, well, thrilling.

Your premise is the reason you’re writing this script! Not everyone has the same idea of a premise. Use the word alien, dragon, or time travel and some people will immediately tune out. If I hear “struggling with cancer,” I’m probably going to pass. (I’ve had enough real-life experience with cancer.) At the same time, I think a cancer subplot is a requirement of most Lifetime scripts. And plenty of people watch those. Whatever genre you’re going for, your audience needs to see potential.

One of my friends came up with a fantastic premise a few years ago: Killer Cardboard Box. It’s ridiculously straightforward and even conveys that genre blend of horror and comedy. (There’s a killer—terrifying, but it’s a cardboard box—laughable.) You can visualize it, too. Box flaps clamping onto an unsuspecting victim’s head, or the heroine fighting for her life with a dollar-store box cutter. It’s brilliant. The script (penned by yours truly) hasn’t been produced for a few reasons, but potential isn’t one of them. 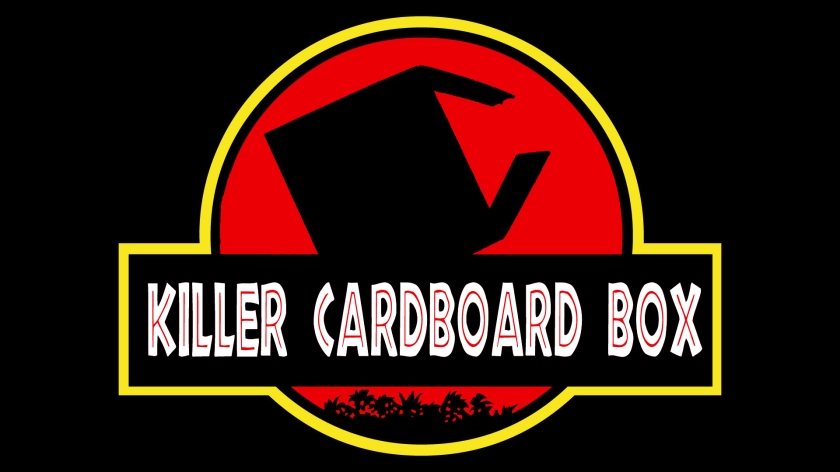 On the other side of the spectrum is this heaping pile of beauty: six frenemies are trapped in a shopping mall with a killer. Another (amazing) script penned by me, but I’ve found it hard to explain to others. It’s a little too clunky. What’s a frenemy? Why are they trapped in the mall? Why not just text 911? All great questions, which are revealed in the thrilling final act, but not necessarily a great way to get people excited. Lord of the Flies in a shopping mall? Not necessarily any better.

When you go back to “why” I wrote this film, it was because I wanted to do a teen horror movie in a shopping mall where no one was sure who they could trust. Unfortunately, the premise shows that the production considerations were just as important to me as the story considerations. And unfortunately, I think the script suffered for that reason.

A friend of mine challenged himself to watch 366 movies last year. I asked him what the worst one was. He answered that, by far, Thor: The Dark World was the most bland and boring. He said he actually forgot he watched it.

The problem is, there are just so many superhero movies now. They’re predictable. They run together. So if you’re writing a script for Lifetime (and it has the obligatory cancer subplot) how do you make it interesting? What is it about your script that we’ve never seen before? How will your gangster movie stand out from The Godfather, Goodfellas, The Untouchables, etc? How will your Superhero movie stand out from X-Men, Superman, Spiderman, Batman, and Birdman? How about you make it ridiculously gory and full of profanity? Poke fun at the other superhero movies and break the fourth wall. Sounds a lot like the best selling R-rated movie of all time (Deadpool).

Are there going to be any dinosaurs in this, uh, dinosaur film?

When you actually get to writing, you need to fulfill the premise. It’s one of the most common mistakes I’ve found with first time screenwriters. If you write a script “about” outer space and your characters don’t make it into space until the script is three quarters over, well, your script isn’t really about space, is it? If you write a script about dinosaurs, you better have some dinosaurs in it. Jurassic Park expertly mocks this mistake when they fail to see any dinosaurs on their “dinosaur” tour.

Writers of horror films have probably heard the adage “Don’t show the monster.” Psychologically, once you see and identify something, it loses its fear factor. Practically, if you don’t have a budget, your monster probably isn’t very scary looking. But just because you can’t show your monster doesn’t mean it’s not there!

Creepy sounds, footprints, and severed limbs should litter your script. Remember, the premise is the reason why you wrote your script. You better include that reason early and often.

A great premise sets your script up for success. What drama, comedy, or horror does your premise bring to mind? How many ways can a cardboard box kill a person (eat them, paper cuts, fall on them)? What kind of weapon would you use to fight a cardboard box (box cutter, fire, box crusher)? Who’s the best protagonist to fight this unlikely killer of yours (Dwight Schrute)?

The premise is only the germ of an idea. It can come from watching another movie, a news article, a conversation with a friend. Depending on your genre, some things may be more appropriate than others. Hostage situations are a bit of a stretch for RomComs. Alzheimers doesn’t work that well for comedies. But no matter what, if it’s unique, short, and full of potential, you’re on the right track. And a good premise is going to make writing your script a little easier and a lot more fun.