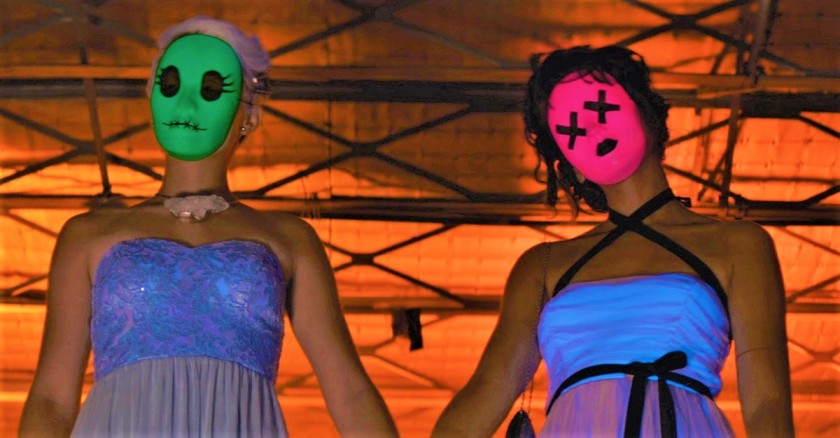 With the Oscars this week, you’re probably scrambling to watch all of the films you’ve head about but haven’t seen. One little nugget that flew under the radar last year was Tragedy Girls. I only learned about it through the Queens of Crime podcast. (Highly recommended if you like true crime stories.) I enjoyed it for all of the reasons I thought I would: a ridiculous premise (high schoolers become murderers to publicize their blog), campy humor, ridiculous gore, and surprisingly high production value. The acting was spot on and the cinematography was creative and effective.

All that being said, there’s a reason this film flew under the radar, and it can be a lesson for the aspiring filmmaker. Tragedy Girls disregards many of the “rules” of screenwriting, and it shows. It wasn’t bad enough to be a B movie, but it wasn’t likable enough to be mainstream. The biggest thing I felt while watching it was discomfort. And here’s why.

Does your protagonist need to be likable?

No. But they do need to be relatable. The main characters, Sadie and McKayla, are snotty, narcissistic teens who are obsessed with social media. And while they can be funny, they aren’t likable. Nobody is rooting for them to succeed. The film never builds a bridge between these antiheroes and the audience. There is no “save the cat” moment or humanization of these sociopathic killers.

The film could have humanized them in a variety of ways. It could have better explained why they were killers (bullying? revenge?), given them their comeuppance in the end, or given them an opportunity to make amends for what they did. It also could have made their victims more despicable, turning Sadie and McKayla into the lesser of several evils (think of Dexter). But for some reason, everyone else in Tragedy Girls, is strangely guiltless and generally likable.

Tragedy Girls disregards the three act structure, starting with Sadie and McKayla committing their first murder and capturing (and torturing) a serial killer. While it does get things moving quickly, it raises more questions than it answers. Who are these girls? What is their ordinary world? Why do they believe they are morally justified in killing people? Why is social media so important to them? Why do they want to be notorious killers? Answering even one of these questions would help endear them to the audience which is, after all, the primary function of the first act.

From there, the girls spiral into their killing spree–a kind of Mean Girls but with murder. And while it does have its comedic moments, that’s sort of it for the rest of the film. If you don’t find that entertaining, the film has lost you twenty minutes in.

The final act offers no real resolution or change. Sadie and McKayla are essentially the same on minute 1 and minute 91, giving the impression of a drawn out SNL sketch rather than a feature film.

Too Close to Home

That really brings me full circle to discomfort. At every point in the movie, you’re not 100% sure if you should be laughing, cheering, or vomiting in disgust. I do have to tip my hat to the filmmakers because, production-wise, it’s very well put together. They also stick to their guns. They made a movie about unabashed serial killers who get away with their crimes. They bucked convention. As to whether or not it worked, you’ll have to judge for yourself. But as you build our own stories and craft your own characters, it’s important to keep in mind how some of these “rules” operate in screenplays and the reaction an audience can have if you disregard them.