One of the biggest issues I faced in college was coming up with ideas for scripts. Without too much self-pity, I have to admit that it’s difficult for college students to write a decent script. For one thing, they simply don’t have enough life experience. Production issues create another major problem. While film students may have brilliant ideas (probably not, but maybe), they don’t usually have the means to produce them. You can only shoot a dorm room from so many angles. Something that really would have helped and that I recommend all young writers do is find their muse.

In classical Greek mythology, the Muses were goddesses (or nymphs) who flitted down from the ether and whispered ideas to artists. The Greeks (who were also ridiculously chauvinistic) believed that there was a pure, objective form of beauty and that the Muses themselves embodied it. Naturally, this is what the artists used as inspiration for their work.

In subsequent drama, the muses are often portrayed as beautiful women whom tortured artists obsess over. In an amazing example of life imitating art imitating life, Maxfield Parrish, who had a major influence on the look of fantasy in the early Twentieth Century, fell in love with his model, Susan Lewin. But when his wife died and he didn’t marry Lewin, she went off and married someone from her home town (at the age of 71!). Parrish never painted again. 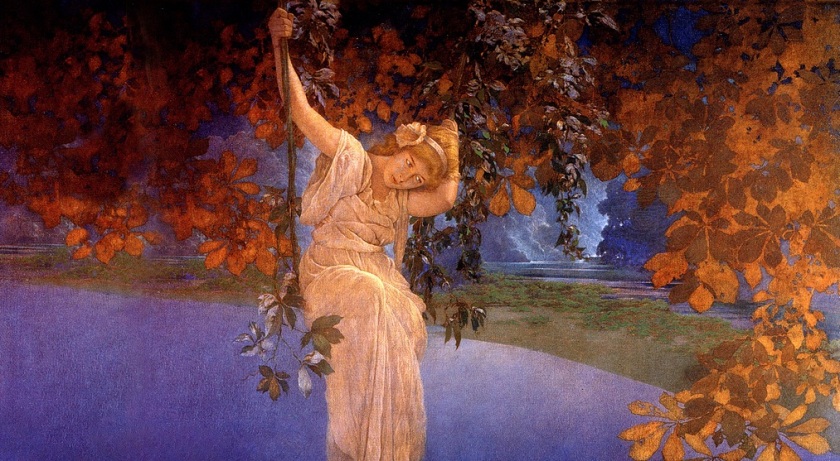 (Who would think the guy that painted this would have relationship drama?)

But your inspiration needn’t be a woman. (In fact it’s probably better if it’s not.) Nature may be your inspiration. Or music. Or old literature. Or Irish folktales. Or history. Or true crime. Or you may even just jot ideas down and pull them out of a hat like Mad Libs. I, strangely enough, stumbled on NPR.

To be clear, I’m not necessarily talking about the news broadcast. But NPR does a lot of in-depth reporting about human-interest stories, technology, and even book reviews. And delving deeper into these subjects often tickles my brain. How will this technology change the world in ten years? Why was this peculiar law written in the first place? How would this news story unravel differently if the gender roles were reversed? I stash away all of these ideas, characters, and psychological puzzles, and I let them simmer until they coalesce into my next idea.

Hey, that was my idea!

If you’ve read my posts about copyright, you hopefully have a handle on how to protect your work. But what do you do when you’re sitting in a theater and see a preview that seems an awful lot like that script you’ve been working on for years? Well, sadly, probably nothing.

One theory of creativity questions whether we can ever come up with an original idea or merely recombine things we have already experienced. 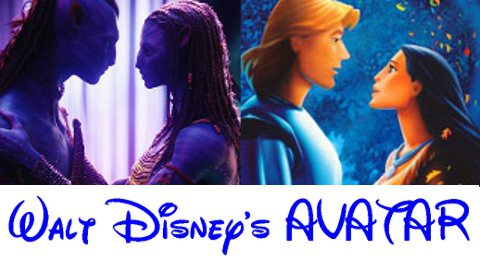 (image via a fun article at AmandaBarnes11)

Even if you don’t fully agree with that theory, it’s not hard to see that the zeitgeist, the “spirit” or “attitude” that’s driving societal trends, will have a major influence on what artists create. Something happens and then BAM, eighteen months later, you’re inundated with scripts that are all about the same thing.

When I started covering scripts years ago, I read three scripts in one month that tried to tackle Die Glocke. It was a supposed Nazi time travelling machine that crashed outside Pittsburg in the 1960s. The scripts were all very distinct from each other. None of them had the same characters or general plot outline so none of them infringed on the other’s copyright. Sadly, none of them were very good, either. But it did have me wondering where the sudden interest in Die Glocke originated. (Sidebar, I’d stay away from moon Nazis, time travelling Nazis, and really any sci-fi Nazis when you’re writing.) 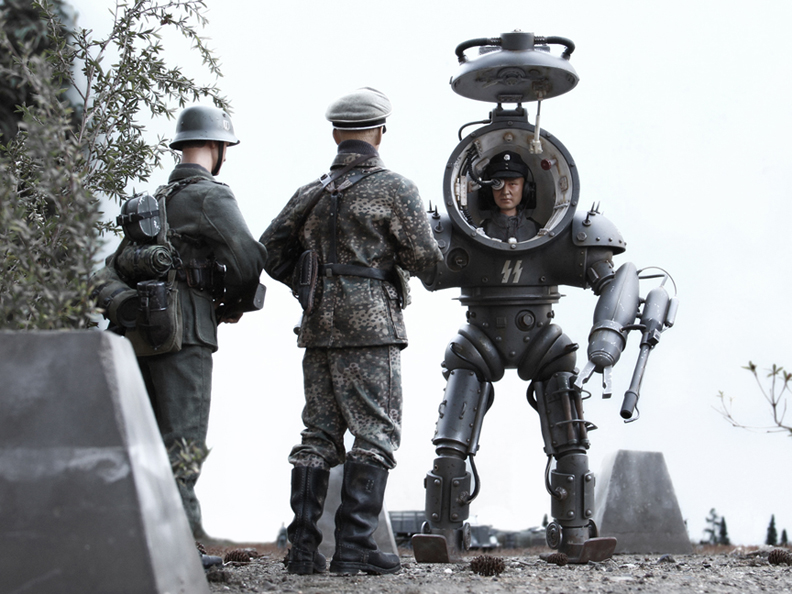 (Thank you SciFiIdeas, but that’s a hard pass.)

This wasn’t the first time I’d noticed the phenomenon, either. 1995 brought us Braveheart and Rob Roy, true stories about Scots fighting the English for independence. Then there was 1998 with it’s hyper-realistic World War II epics Saving Private Ryan and The Thin Red Line. Okay, sure, lots of war movies come out every year, but 1998 also brought Deep Impact and Armageddon as well as Antz and A Bug’s Life. True, especially in the last case, studios may be intentionally trying to steal market share from their competitors. But scripts don’t materialize overnight. The inspiration for the stories, the drive to produce the stories, and the technology required to make the films all coalesced independent of one another, but at the same time. (Wikipedia actually has a page dedicated to so-called “Twin Films.”) 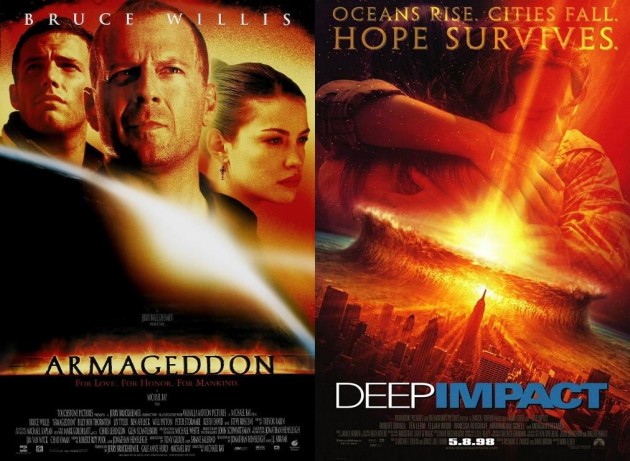 (Maybe we’d all be better off if one of these had been a documentary. Image via another fun article here.)

I’ve had to kick myself more than once for coming up with an idea, but getting beaten to the punch. (Not to say that my ideas, sketched out in a journal, would be as good as or even similar to the works that came out later.) In December of 2008, I made a note that I should write a dark comedy about cancer. I even wrote that “The Big C” would make a good title. In August of 2010, Showtime premiered The Big C. (Too bad you can’t copyright titles.) In April of 2013, I started jotting down notes for a TV series about pirates. It just felt like the time was right. Apparently, I wasn’t the only one. A few weeks later, watching previews before The Great Gatsby, I saw a trailer for the Starz series Black Sails. You can ask my wife, I nearly threw a shoe at the screen. In March of 2006, I scribbled down something about a love story for a musical I was brainstorming. It was about Aaron Burr…the man who shot Alexander Hamilton. 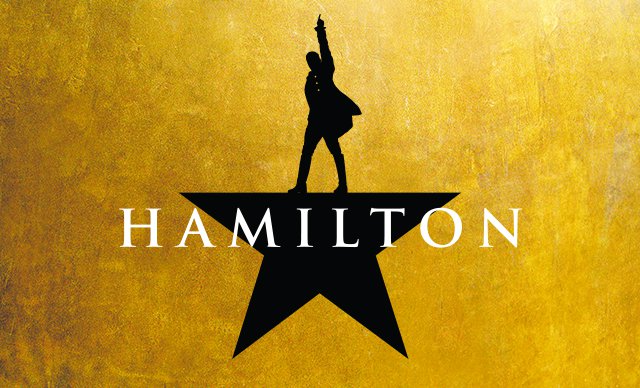 There is a silver lining to all of this. At least I can say with confidence that my ideas are not totally off the mark. In fact, they’re not even off the market. You can’t copyright cancer or pirates or American history. So long as my expression of these topics is different than the others, I’m still good to go. Furthermore, when pitching my own version of the famous Burr/Hamilton duel, I can use the success of Hamilton to entice investors. Of course, I have to be careful not to use any of the fictionalized characters, dialogue, or other original plot devices that the brilliant Lin Manuel Miranda used.

Should you watch movies that are similar to your idea? Of course. Everyone else is. If you pitch an idea about a theme park full of cloned dinosaurs to an investor, you better be able to explain how it’s different than Jurassic Park and why it’s worthy of their money. Watching similar projects will also inform you about what works and doesn’t work for a particular genre or story. It may even spawn another, better idea. Don’t be afraid that watching similar work will influence what you’re writing. It will. But if your project is so similar that it risks copyright infringement, you should probably quit while you’re ahead.

What if one of these other movies was really, shockingly similar to a script you had already completed and registered with the copyright office? That was the case when FX was sued over its show The League. Two writers say the series had multiple similarities to their own work The Commissioner. While I couldn’t find the results of the lawsuit, I seem to recall it being settled out of court. http://deadline.com/2012/09/fx-networks-sued-for-copyright-infringement-over-the-league-joseph-balsamo-peter-ciancarelli-jeff-schaffer-337937/

Obviously, if you have legitimate reasons to believe that someone stole your “original work of authorship” that was “fixed in a tangible form,” you should fight for your rights. But my bigger point about the zeitgeist is, don’t get too paranoid.

The biggest way to get over your slump is simply to keep writing. This is what you want to do, right? It’s very unlikely that you’ll come up with and execute an original idea perfectly on your first go. If you trust yourself as a writer, you’ll just get back to work with your next great idea and hopefully hit the market before the next guy. I’ve also noticed another peculiar phenomenon. 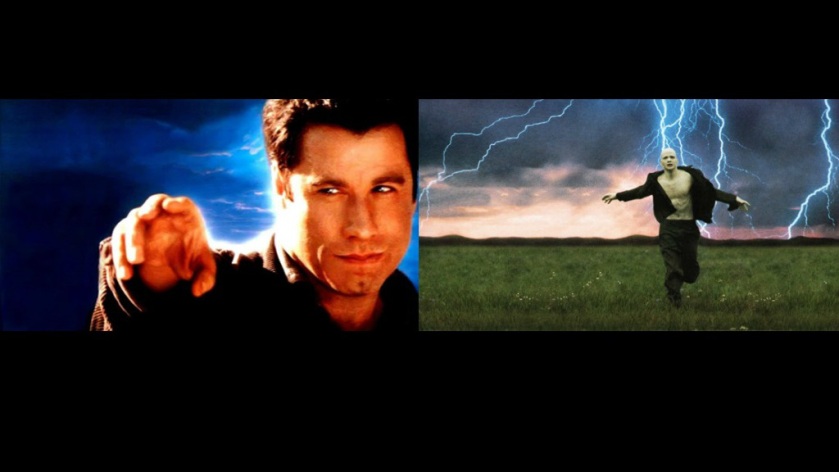 Ideas beget ideas. You’ll be in the midst of doing research for some project and suddenly get hit with another brilliant premise. Or you’ll finish a project just to realize it’s complete trash, but that one minor character you created is pretty cool and maybe, just maybe, deserves their own story. The muse can come from anywhere. You may also discover that your billion dollar idea that was going to make all of your dreams come true is just a massive pain in the neck. You might not be able to look at it for ten more seconds without vomiting. That’s okay. It may be a good idea (maybe not), but it’s not going to be your idea. And maybe, just maybe writing period educational pieces for children isn’t what your destined to do. The only way to find out is to try it and follow that muse wherever she or he or it leads you.