You’ve either seen it on one of those posts that point out some of the ridiculous “things we’ve learned from movies” or maybe you’ve even noticed it yourself. But right there along with always finding a parking spot in front of the courthouse and every tank you shoot with a bullet is highly explosive, you’ll discover that everything at night is perfectly visible, but slightly blue. What’s up with that?

Well, the first thing is, it has to be visible. As I mentioned in a previous post, film is a method of preserving light. No light? No movie magic. Blue helps indicate that something different is going on, mainly the passage of time. It’s one of those subtle things that Hollywood hopes you pick up on, but don’t really notice. But why blue?

If you’ve been shopping for lightbulbs recently, you’ve probably seen this little diagram.

That’s right. Lights are different colors. Chances are, you’ve never even noticed this before. Your brain has a habit of calibrating to subtle differences. That’s why you don’t go insane with all of the noise in a city and you stop noticing the tint on your rose colored glasses after a while. 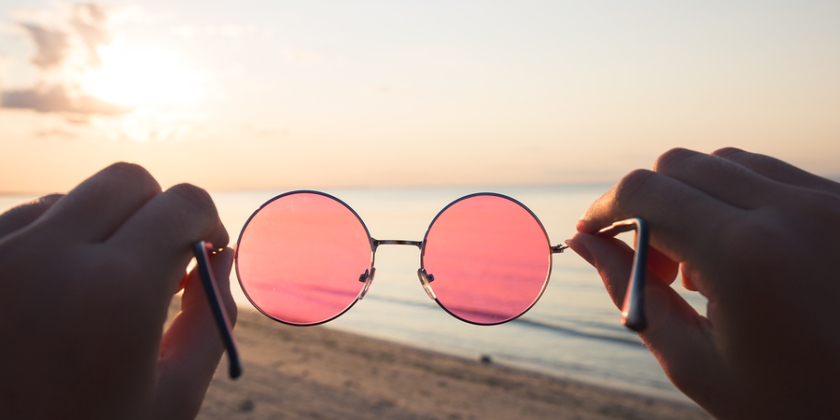 But if you pay attention, you’ll start to see nauseating scenes like this.

Filmmakers put a lot of effort into making sure this kind of catastrophe never appears on the big screen.

The thing is, you really don’t notice the different colors on their own. If the entire wall were orange or blue or green, the lights would have that distinct hue, but your brain would tune it out. It’s the comparison that makes it noticeable. What color is the sun? Well, it looks pretty blue when you compare it to a campfire. 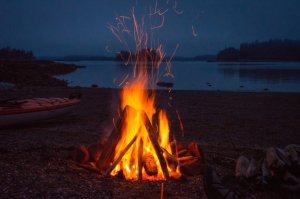 Moonlight, after all, is just reflected sunlight. I don’t know about you, but I’d say that night scene is pretty blue looking.

The other major source of light we’ve had as humans has been the incandescent lightbulb, which also glows at a warm orange 3200K*.

So why color temperature?

There’s a bit of physics involved here, but the basic idea is that if you heat something to a particular temperature without it bursting into flames, it will start glowing. So an incandescent bulb (which glows because it’s being heated) is, in fact, pretty close to a temperature of 3200K.

Daylight is measured between 5500K and 6500K. The sun’s light is diffused by the atmosphere, so it’s a little bit of a moving target. But the actual surface temperature of the sun? 5778K. Not too shabby.

Fluorescent lights and LEDs  do not use heat to produce light, but are still measured on the same scale.

Human eyes detect light with two different kinds of cells: rods and cones. Rods simply detect light, not color. Cones are sensitive to particular wavelengths of light and separate out small (blue), medium (green), and long (red). The other colors are made by blending wavelengths. At low light levels, only your rods will activate and the world will be a series of shadows and silhouettes. But as more light is introduced, the small cones may be activated, and you’ll start to see a little bit of blue first.

So don’t feel blue the next time you’re riding off into the moonlight, even if everything may look it. 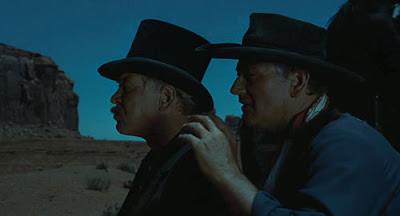