You’ve probably come across a variety of blogs, books, and gurus who insist there are “rules” for writing a screenplay. (Maybe you’ve even read something to that effect on this very blog.) But are there really? Is there a secret formula for success? Well, yes… and no. Depends on who you ask. But maybe this is a better way to explain it.

Here’s one way to look at it. Screenwriting is like building a house. There are some generally agreed upon “rules” for houses: protection from the elements is a must. Generally a door to keep you and your stuff safe. Probably indoor plumbing and electricity. Bathroom and kitchen to make this a full service abode. Hopefully a window or two but otherwise…

The thing is, doors, electricity, and plumbing have rules. Doors need to be appropriately framed with headers. There are physical limitations to what you can do with electricity as well as safety precautions. Water flows downhill. If you want your sinks to drain and your toilet to flush, you’re going to have to install your plumbing correctly.

None of this has any bearing on the number or size of the bathrooms. None of it affects the shape of the house or the material you use. But there are definitely trends because some things are more effective or more efficient than others.

You have cheap houses for the masses.

You have artistic houses for creative folks.

You have rustic retreats. 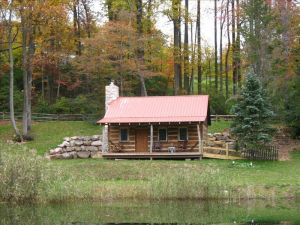 Point is: they’re all houses. They all meet the same basic requirements while expressing the art and lifestyle of the builder and the inhabitants.

Screenplays are similar, and many screenwriters will describe themselves more as craftsmen than artists. Yes, you need a creative mind, but you also need to know when to use a hammer and when to use a saw. Similarly, screenwriters need to be adept at understanding “the immutable laws of screenplay physics” as Blake Snyder calls them. Is your comic relief effective or overpowering? Does the story drag because the protagonist’s obstacles are episodic rather than escalating? Does the dialogue feel wooden because there is no subtext? Or maybe there’s no sense of urgency because your script violates the unity of time.

Or maybe your script feels cliched and predictable because it  follows the rules a bit too closely. (This would be the home building equivalent of a stamped out, mass production condo.)

And this is the final important thing to remember about the rules. Rules are meant to be broken.

Below are 2 examples of VERY successful movies that very clearly break screenwriting “rules.” I don’t care how much you want to bend the rules or try to contort things so they fit into some mold in a bizarro world. These are generally bad screenwriting choices, and yet, nobody cares.

Your Protagonist is not active enough.

Your protagonist should drive the story. Their decisions and actions push the movie forward. That’s why they’re the protagonist. Blake Snyder calls this “The Hero Leads.” And if your hero is just some schmuck who gets dragged from place to place like a cosmic lump on a log, Snyder calls him “Johnny Entropy.” But I have another name: Ebenezer Scrooge. Scrooge has probably gotten the most mileage out of doing the least work of any protagonist ever. Wikipedia lists 20 film adaptations of Dickens’ A Christmas Carol and more than two dozen TV adaptations or episodes. But what does Scrooge actually do with all this screen time? Nothing. Absolutely nothing.

(I guess that’s why he’s in his pajamas for the whole thing. Image via: https://www.falter.at/the-vienna-review/2007/savoring-scrooge)

Marley, not Scrooge initiates the Christmas hijinx.  Then the ghosts of Christmas past, present, and future drag Scrooge on a time bending whirlwind. But apart from some tepid protests, Scrooge just goes along for the ride. Yes, at the end, Scrooge makes one massive 180 degree turn and starts giving his money away. But for the other 80 minutes of screen time, he’s as passive as Mr. Entropy himself.

The thing is, nobody cares. Since his creation 175 years ago, the audience has loved Scrooge’s largely unearned transformation from miser into philanthropist. And every ten years or so, a new production company capitalizes on Scrooge’s ability to do nothing and make cash. Do you always need an active protagonist? Well…

Hook ‘em in the first 15 pages

It’s important to hook your audience in the beginning of your script. Fifteen to twenty pages/minutes is a good rule of thumb. It gives you some time to establish your “world” before you hit your characters with the inciting incident. And when you analyze a story, most professionals look at scripts from the perspective of the protagonist’s conscious goal.

In Jurassic Park, a beloved, award winning, visually stunning, and financially successful film, you could make an argument for any number of main characters, but I think many people would agree that Alan Grant (Sam Neill) is the protagonist. What’s his goal? To make it out of Jurassic Park alive. Well that can only be his goal if the dinosaurs have already escaped their pens, which means the power going out is the inciting incident, which means, the inciting incident doesn’t actually happen until almost an hour into the movie! 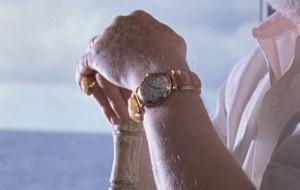 (We don’t have eons here, Mr. Hammond. Image via: http://watchesinmovies.info/movies/jurassic-park-1993-2/)

Does that mean the power going out is the midpoint? Or should Spielberg have cut the first twenty minutes and had more screen time of Grant trying to save children from velociraptors. Or maybe you don’t always need your inciting incident in the first twenty pages.

You could make an argument for any of those things. But the bigger point is that Jurassic Park is a great movie and that the rules are not so hard and fast as they might appear.

As a filmmaker, it’s important to know the rules. Like a builder, you are part artist and part craftsman. The “rules” are more of a user manual than a blueprint. They’ll help you understand how a screenplay works without really telling you how to make one. So don’t cling to the rules like a Dickensian judge. Successful movies, like life, find a way.